Living with neurological and mood disorders may be incredibly difficult, and some people who struggle with these disorders may seek solace in CBD oil and its products. CBD is a non-psychoactive compound found in the hemp plant, which is extracted as an oil and infused in several products such as edibles, topicals and other supplementary aids. Though CBD is derived from the hemp plant, it will not get you high, instead, customers use CBD to improve general health wellness, as a supplementary aid for conditions, or for relief against certain ailments. 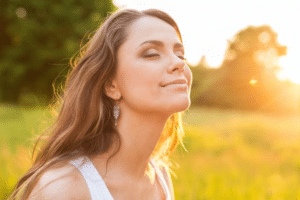 So, will CBD affect your mood? According to anecdotal research, CBD will definitely change your mood—for the better! Once CBD is ingested or applied, it interacts with our natural endocannabinoid system, an innate network of cannabinoids and cannabinoid receptors that carry our several roles throughout our body. CBD attaches to the CB1 and CB2 receptors in the brain and activates them. Though CBD doesn’t increase serotonin, it may help how the body interacts with serotonin. Consumers have claimed that taking CBD after a long day of work or before a stressful presentation helped them relax and change their mood for the better.

Will CBD help with Neurological Ailments?

Researchers are constantly studying the effects of CBD on neurological disorders such as anxiety, autism, PTSD and depression. According to a 2019 study, researchers studied the effects of ingestible CBD on symptoms of PTSD. In conclusion of the study, 91% of 11 patients experienced decreased PTSD symptoms. Additionally,  a large study in Israel researched the impact on CBD in children with several neurological difficulties such as aggression, anger, panic, tantrum and anxiety. The results of the study were encouraging, for most children a part of the study saw improvements in their behavior and mood.

LivingTree’s CBD oil and products are made from 100% organic CBD. LivingTree’s CBD should be used as a supplementary aid for those who seek relief from common ailments, and not as treatment for serious diseases or conditions.

Enter your email address to receive a code for 15% off your first purchase!